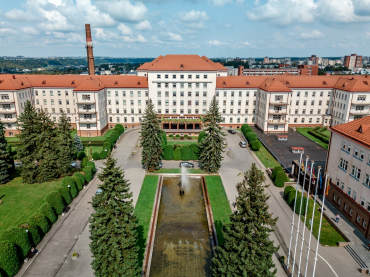 In May-June 2019, joint Lithuanian and British market and public opinion research company Baltic Surveys (Baltijos tyrimai UAB) carried out a survey on the opinion of the Lithuanian population about the Hospital of Lithuanian University of Health Sciences Kauno Klinikos. In total, 1,000 residents aged 18-74 from all over Lithuania were surveyed.

“We decided to carry out a reputation survey, because the opinion of our patients matters to us. We did not want to rely on rumours and the stereotyped views of health care institutions and wanted to find out the actual opinion of the public and what areas need improvement,” said Prof. Dr. habilitatus Renaldas Jurkevičius, Director General of Kauno Klinikos.

The survey results showed that 37 per cent of the Lithuanian adult population visited Kauno Klinikos over the past three years: underwent treatment, had a consultation or visited another person. Seven out of ten respondents (72 per cent) had a favourable opinion of Kauno Klinikos and only 1 per cent of respondents held an unfavourable position. Every fourth respondent did not have any opinion on this matter. As much as 90 per cent of respondents who have visited Kauno Klinikos consider Kauno Klinikos to be the most reliable medical institution in Lithuania. “This shows huge appreciation of the work of our dedicated physicians, nurses and other staff,” said Prof. Dr. habilitatus Renaldas Jurkevičius, Director General of Kauno Klinikos. “Survey results are good, but each negative opinion of a patient is an alert that much more positive changes are needed.” Personal experience of undergoing medical treatment or visiting other patients lead to more positive assessment and positive associations of Kauno Klinikos. “The more information and personal experience a person has, the more positive opinion about this institution he or she holds. Negative or neutral ratings were more of a result of indirect information: published in the media or heard from acquaintances,” commented Rasa Ališauskienė, head of the company who carried out the survey.

As much as 93 per cent of Kauno Klinikos patients who have visited the hospital over the past three years were satisfied with the quality of services. “People who have visited Kauno Klinikos personally or accompanied their relatives there had more positive views, while negative opinions were given by those who had not been to our hospital at all but have heard of it. This shows a tendency of inert assessment of Kauno Klinikos based on external sources: accounts of other people and stories in the media,” said Austė Aleksandravičiūtė-Šviažienė, head of Communication Office.

When the respondents hear the name of Kauno Klinikos, the absolute majority have positive associations. This name is associated with specific activity: medical treatment, professionalism, state-of-the-art equipment and reliability.

According to the respondents’ opinion, the strongest aspects of Kauno Klinikos were the wide range of services, state-of-the-art equipment, highly qualified staff and good reputation. All aspects of the institution were more favourably rated by respondents who have had personal experience with the hospital compared to those who did not have such experience.

Should they be given a choice, 63 per cent of the Lithuanian population would choose Kauno Klinikos at the moment of need. 9 per cent would not choose this hospital. Among those who have personal experience with Kauno Klinikos, 89 per cent would choose this hospital. Most common reasons for not choosing this hospital were distance (too far) and lack of personal experience. Nearly half of the respondents (47 per cent) gave the above reasons. “This means that people choose not to apply to Kauno Klinikos for rational reasons and not due to bad experience,” said Aleksandravičiūtė-Šviažienė. Such evaluation is typical of people from all areas of Lithuania.

Most important sources of information about Kauno Klinikos are accounts of relatives and acquaintances, personal experience, and the information provided by traditional media. Media information is especially relevant for those who have not visited Kauno Klinikos. “Even though the survey showed that our patients are satisfied with our health care services, we are always moving forward and working strategically on improving our service quality and implementing the patient-centered approach in the hospital,” said Prof. Jurkevičius.
Survey results represent the opinion of the Lithuanian population aged 18-74 distributed by sex, age, education and type of settlement.